Latest news and insights from the FSC Group.

Smart Cities: What does the future hold?

Can civil engineers meet the challenges posed by population growth and resource scarcity? By embracing technological change, they can help create future-proofed smart cities that rise to these challenges.

What are smart cities?

A well designed smart city is designed with wellbeing at its core. It includes increased interconnectivity and data analysis via ‘smart’ devices and the Internet of Things (IoT). These in turn allow for better communication, more efficient allocation of resources and provision of services.

They might feature some or all of the following:

The ability to learn and adapt as the population changes is key to a smart city.

Where do engineers fit in?

Smart cities don’t just evolve that way. They need skilled engineers to help design, construct and manage the infrastructure to support them.

Civil engineers have always implemented the latest developments to improve the urban environment. As technology advances, engineers must advance with it. By embracing smart cities, engineers can improve efficiency and quality of life.

The potential is almost endless, but here are three areas where engineers can have a significant impact in the smart cities of the future.

Roads, and transportation networks, are essential to built environments. In the smart cities of the future, both roads and the vehicles that use them will be shaped by digital technology.

Electric vehicles are becoming more common, which is creating an interdependence between vehicles and energy networks. If cars are reliant on charging stations, a state-wide power outage, as happened in South Australia in 2016, could cause chaos on the roads.

Self-driving and autonomous vehicles are another challenge. The technology relies on ‘reading the road’ via GPS, LiDAR, cameras and other sensors that respond to traffic lights, road markings, obstructions and other vehicles. Roads need to communicate clearly to reduce the risk of accidents.

Automating infrastructure can reduce the risk of human error, while collecting more data to inform further change and help us use those roads more efficiently.

The Australian Infrastructure Audit 2019 identified that infrastructure in our four largest cities is failing to keep up with population growth and struggling under a maintenance backlog. It found that “Users are often not at the centre of infrastructure planning and decision making for Australia’s future” even though “better functioning cities and towns could deliver a $29 billion increase in GDP”.

Technology can give engineers a deeper understanding of what Australians need and how we use the cities we live in. Data collected from people movement analytics, smart lights and sensors can help prioritise repairs and replacements. Infrastructure that is ageing and more likely to need repair could have digital functionality added, so engineers are quickly alerted to problems or changes in condition.

Climate change and resource scarcity are the great challenges of our generation. Engineers need to design cities that are resilient to environmental change and extreme weather events. In Australia, that could mean anything from floods to bushfires; sometimes in the same spot.

At the same time, they need to make sure that the built environment they’re creating is not contributing to the problem. Australia’s construction sector currently makes up 18.1% of our carbon footprint.

Engineers have a real opportunity to make a difference. The starting point is to design infrastructure that minimises energy consumption. That might include repurposing existing infrastructure to reduce the fossil fuels needed for new construction, or designing a new build along passive design principles to cut down on heating and cooling.

A core characteristic of smart cities is that they put wellbeing at their centre. This principle can guide investment in sustainable infrastructure.

Human-centred design means looking at how human behaviour influences energy consumption, and using that design to change behaviour. ‘Smart’ energy devices like thermostats are an example on an individual level. Engineers can take the same principles and apply them to larger systems, integrating smart monitors with controlled loads and feedback devices to help consumers make an informed choice.

Smart cities don’t happen overnight. They’re an iterative process between engineers, ICT professionals and the people who live, work and play in the built environment. The smart cities of the future, and the engineers that drive them, hold the key to a more sustainable way of living.

We’re excited to be working on some of the major projects that will transform Australia over the next few years.

If you’d like to chat about your own upcoming project, get in touch with FSC Group.

Be alerted when new articles and insights are published. 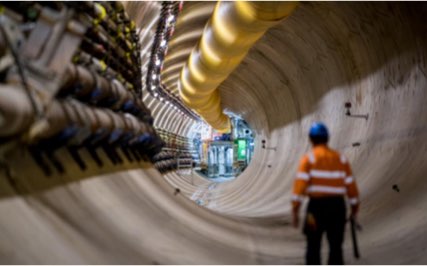